Emmy.ng learnt that The Chris Oyakhilome Foundation International (COFI) had put In place a multi million Naira School Building and well equipped Healthcare centre to people in Adamawa affected by the terror attack that made them displaced in the State.

According to a widow in adamawa, Mrs. Hilda Makonto who said that the area where pastor Chris foundation built the school and health care center is a place in Demsa Local Government Area of Adamawa where is said to be mostly affected by the clash between farmers-herdmen that have claimed lives of over 10,000 Nigerian citizens and destruction of properties and products worth Millions of Dollars in the state.

We reach out to the Chairperson of the Association of Widows, Adamawa Chapter, Mrs. Hilda Makonto disclosed this at an interactive session with journalists in Yola, the Adamawa capital saturday. 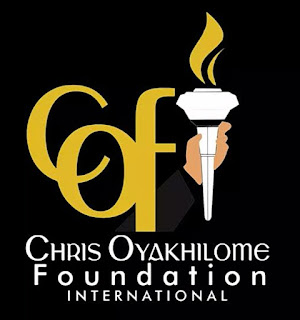 Makonto said she witnessed the inauguration of the facilities penultimate Thursday, adding that the facilities would be beneficial to children of indigent parents who were either affected by Boko Haram insurgency or farmers-herdsmen conflict.

“Many of us lost our husbands to insurgency and farmers-herdsmen conflict and some children lost both parents living with no one to care for them. But we thank God for sending the Chris Oyakhilome Foundation to care for them.”

“This gesture is divinely oriented because God had heard their lingering cries for help such as this for indigent children to go to a world class schools like this one so as to bridge gap between children of the poor and rich in the country,” she said.

She added that widows “are concerned because their children are major benefactors. We thank Pastor Chris Oyakhilome, Found of COFI for giving children of indigent and vulnerable groups the opportunity to have good education and free medical care at no cost.

This is not the first time the Christ embassy church have added to the Growth and help for people in distress.

The General Gesture of the church to promote young people and give them basic Education is what the Church have always being doing, we witness similar Gesture of Christ Embassy church when they Gave 400 children free education in Toronto On July, 2019

The initiative was taged ‘Hand of Love’ presented free school supplies to secure future of children in low-income communities.

Over 400 children living in Toronto’s inner-city communities were going to school with practically zero school supplies. Day after day, these kids would show up to school without even a pen in hand. Their learning experience was completely hindered, sitting at an empty desk these countless children were not able to participate in the day’s lessons. These kids would finish the school day feeling terribly unaccomplished and not quite knowing where to turn.

That was until Pastor Richards and Taba Pena of Christ Embassy Toronto Bayview got wind of this situation, and called on some generous sponsors and partners of the ‘Hand of Love’ initiative, an organization that offers a broad range of ever-growing assistance programs for those in need, such as food baskets, Thanksgiving packages, back to school drives, shoe drives, and Christmas Sparkle Bags.

on November 04, 2019
Email ThisBlogThis!Share to TwitterShare to FacebookShare to Pinterest
Labels: New