No misunderstandings between Buhari and Osinbajo - Presidency

The Presidency has denied allegations of misunderstanding between President Buhari and Vice President Yemi Osinbajo, motivated by President Buhari's decision to sign the Modified Deep Water Act presented to him in London by his chief of staff, Abba Kyari. 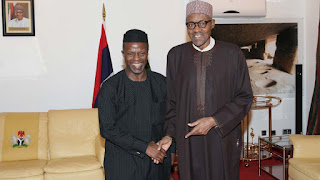 Senator Babajide, who refused to answer a question such as "If President Buhari did not send a letter to the National Assembly indicating the responsibilities of the Vice President," he said, the scenario is different from that of former President Umaru YarAdua and Vice President Goodluck Jonathan. .

According to him, Yar'Adua was ill at that time and could not perform his duties effectively.
on November 06, 2019
Email ThisBlogThis!Share to TwitterShare to FacebookShare to Pinterest
Labels: politics