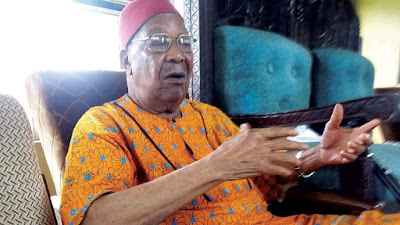 The First Republic Aviation Minister, Mbazulike Amaechi has Said that Nigeria is currently sinking and sliding fast into a state of anarchy.

Amaechi said Nigeria was a country full of danger, fear, and a place where corrupt and criminal elements are in charge.


He consequently called for an urgent renegotiation of the nation’s constitutional and political foundation in order to save it from further slide to anarchy.

Amaechi said: “For there to be permanent peace, the country must meet and renegotiate the basis of the union in a fraternal way.

“Today, we are riding in a ship that may tip over and sink any day.