Lagos hosts the 33rd edition of the Lagos International Fair 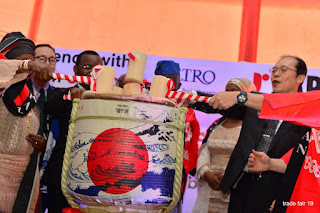 The Lagos Chamber of Commerce and Industry (LCCI), the main chamber of commerce and main voice of the organized private sector (PAHO) in Nigeria, launched the 33rd edition of the Lagos International Fair on the theme: Connecting Business, create value companies

The opening ceremony took place on Friday, November 1, 2019 at 10:00 in Tafawa Balewa Square, Onikan, Lagos. While the closing ceremony is scheduled Sunday, November 10, 2019 at the same place at 15h. The trade show will last a total of ten (10) days at TBS. 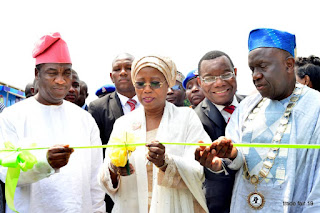 Muda Yusuf, General Manager of the Lagos Chamber of Commerce and Industry (LCCI), said: "In addition to the general interest fair, the annual International Business Event will also feature Business-2-Business meetings at the same time as the fair. While Thursday, November 7, 2019 will be the celebration of Africa Day at the same place at 10 o'clock. This year's goal is to encourage intra-African trade and position Africa as the next emerging economic power among other continents in the world. "

Yusuf added: "The exhibition will also facilitate networking between exhibitors and between exhibitors and visitors. The fair is expected to attract a large number of visitors seeking to take advantage of networking opportunities and reduced prices. Companies, including multinational corporations, conglomerates and Aboriginal financial institutions, as well as SMEs, have expressed interest in participating in the exhibition. Exhibitors expected at the fair include companies from China, Japan, Ghana, Egypt, the Republic of Benin, Cameroon, Russia, the United States, Pakistan and some countries of the European Union . 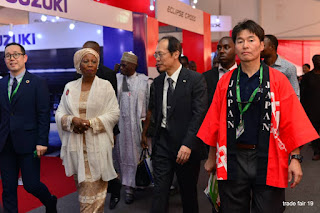 Yusuf also stressed that relevant government agencies and departments will be available to exhibit and serve other exhibitors and visitors. He indicated that the agencies that confirmed their assistance in information and education of exhibitors and visitors are the Bank of Industry (BOI), the Nigeria Export Promotion Council (NEPC), the Federal Institute of Research, Oshodi (FIIRO), NAFDAC, Corporate Affairs Committee, among others. 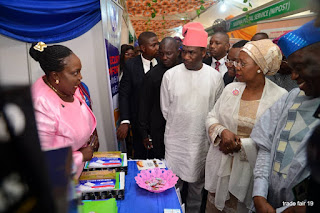 Yusuf said, "So far, the excitement that has generated the show has been phenomenal and we are very pleased with our strategic partnership with United Bank for Africa, Airtel Nigeria, the African Export and Import Bank, the Nigerian Export Bank, Max NG and FAE Limited ".
on November 04, 2019
Email ThisBlogThis!Share to TwitterShare to FacebookShare to Pinterest
Labels: Business