I Worth Over N3.6 Billion - Shatta Wale discloses

Dancehall star Shatta Wale revealed that he worth Over $ 10 million. 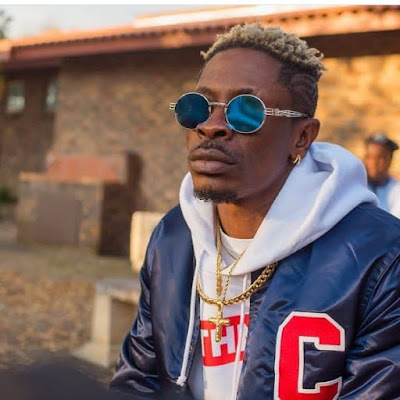 Shatta Wale, who has always boasted about being Ghana's richest musician, has revealed that he owns three expensive homes in East Legon's wealthy communities and businesses, which raise funds for him in an interview. with Peace FM.

He added that he boasts of being Ghana's richest musician motivating other young people to work hard like him.

"For now, I can say that my value exceeds ten million dollars. It's a business, so if they understand it that way, any other artist can talk like me.

"But sometimes you ask Ghanaian artists if they are rich, all they say is that I do not disclose my value, but it's a lie because when you see people like Jay Z , Kanye West and other great artists when they buy a new house, they publish on the Internet, so that's normal.

"And it's not that I brag about anyone, but it's also a motivation for young people to believe in their dreams and work hard to achieve them," added Shatta Wale.
on November 04, 2019
Email ThisBlogThis!Share to TwitterShare to FacebookShare to Pinterest
Labels: Entertainment