The Economic and Financial Crimes Commission (EFCC) and other allied bodies have been stripped of the powers to seize assets of people being investigated and such powers transferred to the Office of the Attorney-General of the Federation (AGF). 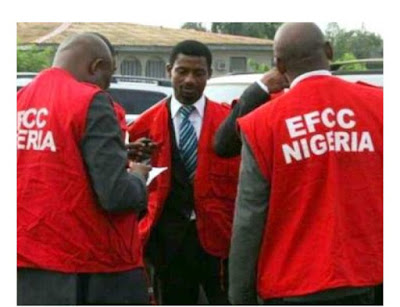 Hitherto, the EFCC had the powers to initiate non-conviction based forfeiture as was done in the case of the wife of a former President, Patience Jonathan. With the new directive, only the AGF can initiate seizure orders from the court.

The directive was made public through a Federal Republic of Nigeria Official Gazette, Vol. 106, No 163, entitled, “Asset Tracing, Recovery and Management Regulation 2019’’, dated Oct. 29, 2019. “All non-conviction based forfeiture shall be conducted by the Office of the Attorney-General of the Federation. “Where a non-conviction based forfeiture procedure arises, the LEA (Law Enforcement Agency) and ACAs (Anti-Corruption Agencies) shall transfer the matter to the Office of the AGF,’’ it states in part.

The gazette says where a non-conviction based forfeiture procedure arises, the law enforcement agency and the anti-corruption agencies should transfer the matter to the office of the AGF. In addition, all seized assets shall be registered by all the Ministries, Departments and Agencies of government while all final forfeited assets recovered by agencies shall be handed over to the AGF within 60 days from the commencement of the regulations of management.

On non-compliance, the Attorney-General warned that any agency head who failed to follow the new guidelines would be dealt with.

“Non–compliance with the regulations of these provisions and the guidelines and directions made pursuant to these regulations shall be considered insubordination and attract liability under the Public Service Rules.”

On prosecution of future corruption cases, the Attorney-General said henceforth all programmes regarding anti-corruption “must be done with the express approval of his office.’’ Persecondnews reports that another gazette No. 162, entitled, “Guidelines for the implementation of the National Anti-Corruption Strategy 2017-2021’, on getting approval for prosecution of corruption cases by the anti-graft bodies, has also been published.

Culled
on November 07, 2019
Email ThisBlogThis!Share to TwitterShare to FacebookShare to Pinterest
Labels: news