Buhari had eliminated the corruption in oil sector - Ribadu

First chairman of the Economic and Financial Crimes Commission (EFCC), Nuhu Ribadu revealed that there has been no oil billionaire since President Buhari became Oil Minister. 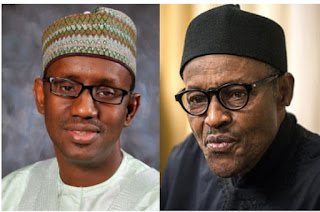 Ribadu, who revealed this in his presentation on the fight against corruption and good governance during a two-day retreat for the commissioners, special assistants and permanent secretaries of Gombe State, on Monday, November 4, added that the administration of President Buhari had eliminated the corruption in oil. sector.

The former head of the anti-theft agency also urged government officials to vow never to steal public funds, as a dirty-headed ruler has no moral right to question his subordinates.

"
Make a personal vote not to steal public funds. You can not stop corruption in the police when the public service is still corrupt. Stop the corruption and see what will happen in society, "said Ribadu.

"Corruption undermines confidence in leadership. A dirty-headed ruler does not have the moral right to question his subordinates.

"For you, all this is a trampoline. You should not fall in love with banana peel and, therefore, fall apart. EFCC, NFIU are able and can see you.

"They have the infrastructure to track every penny stolen from the government. Things have changed and the world has changed, so let's change too.

"Since President Buhari took up the post of Oil Minister, I have not seen anyone become a billionaire in the oil sector, because there is a leader who is not corrupt."
on November 05, 2019
Email ThisBlogThis!Share to TwitterShare to FacebookShare to Pinterest
Labels: news