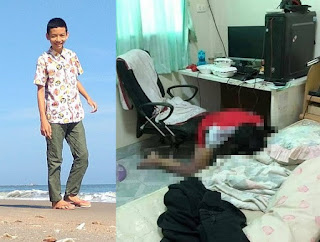 A video game enthusiast from Thailand collapsed and died in front of his computer while playing all night.


Piyawat Harikun, 17, from Udon Thani, in northern Thailand, on school holidays, used his spare time to stay in hia room and play video games on his PC.


Piyawat's father, Jaranwit, said he was found dead from the computer chair and collapsed on a computer tower on the floor when they went to the room on Monday afternoon (October 5). 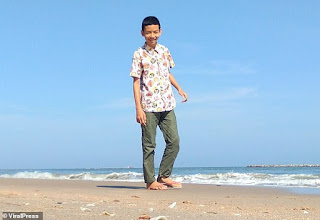 He added that there were plenty of takeaway boxes on the desk and a bottle of soda at his feet, while his headphones rested on another computer tower.


According to him, he stayed awake all night, then curtained the curtains in the day to continue focusing on the games, spending hours at the computer at home. He added that they would bring food to his room and invite him to stop, but Piyawat simply did not want to reduce his obsession. 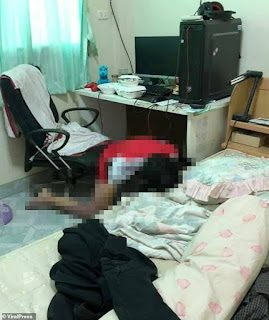 Jaranwit, an air force officer, said he tried to revive his son but was already dead.

He said, "I called his name and said," wake up, wake up, "but he did not answer, I could see he was dead.

Physicians who examined the body stated that the teenager had died from a stroke, which they said was caused by constant contact with the computer at night.

Jaranwit admitted that his son was addicted to the game and said, "My son was smart and still very successful at school, but he had a big gambling addiction problem.

`I tried to warn him of his long hours of play tirelessly and he promised to reduce it, but it was too late.

He was already dead before having the chance to change.


"I want my son's death to be an example and a warning to parents whose children are addicted to gambling. They must be stricter with their children's playtime, otherwise they could be like my son. '
on November 05, 2019
Email ThisBlogThis!Share to TwitterShare to FacebookShare to Pinterest
Labels: news