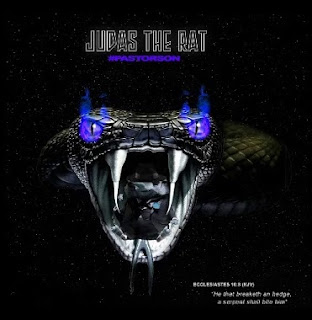 The Nigerian rap industry is about to explode, even in the most alarming way! The vector "Judas The Rat" finally answered the diss rap of MI 'Abaga; "The Viper." As expected, Vector reported many of the supposed sides of MI and really tried to hit him hard where it would hurt.

This recording of more than 4 minutes is revealing and ridiculous! Vector, even elegantly, dragged MI's brother; Jeese Jagz, on the register and made sure that MI was painted black because of his failures. This record, however, would even bring the long-standing struggle between the two archives to conclude that the truce might not be called soon.


Vector "Judas The Rat" and this is in response to ME calling him "Snake". Listen to the album and share your impressions. Vector Bury MI or was it still a record to be the same?