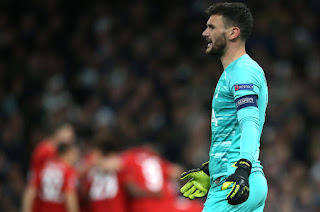 He was said to be affected as a course of caught out by a long range effort as he dropped the ball at the feet of Neal Maupay for the opener.

But he fell awkwardly as he back-pedalled into his own net, with his left arm awkwardly twisting the wrong way as he landed.


When it happened, the French Man loudly Cried in tears and immediately was given oxygen on the field as he was treated for a substantial period of time and stretchered off.


Lloris, Tottenham's captain, was replaced by Paulo Gazzaniga and give a standing ovation as he was taken from the pitch.

According to Report Emmy.ng Got from BT Sport, the Goalkeeper was screaming in agony as he was carried through the tunnel and given extra morphine to counter the pain before being taken to hospital via ambulance. 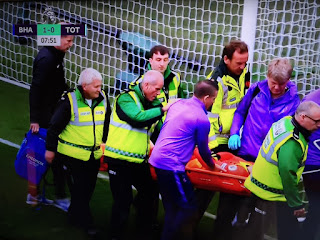 on October 05, 2019
Email ThisBlogThis!Share to TwitterShare to FacebookShare to Pinterest
Labels: sports