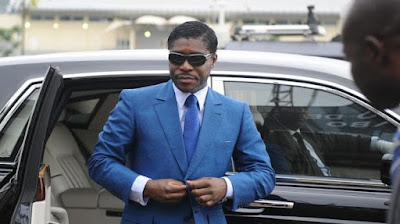 An auction house in Switzerland sold 25 luxury cars, including Ferraris, Rolls-Royces and Lamborghini, which the Geneva authorities confiscated from the son of the President of Equatorial Guinea in a money laundering investigation .

The Swiss authorities have stated that the sale made Sunday by the auctioneer Bonhams had raised 21.9 million pounds. The proceeds of this sale were donated to a charity for the people of Equatorial Guinea rich in oil.


The son of the president of Equatorial Guinea, who is also vice president, has been involved in legal problems elsewhere.

Last year, Brazilian officials announced that $ 16 million worth of cash and undeclared luxury watches seized from a delegation he led could have been part of an effort to launder money diverted by the country's government.

The sale took place at the Bonmont Golf & Country Club in Cheserex, near Geneva, Switzerland.

When the Swiss authorities confiscated the cars, they also ordered the hijacking of a yacht.

However, it was subsequently launched under an agreement under which Equatorial Guinea agreed to pay the Geneva authorities £ 1.1 million "mainly to cover the costs of proceedings".

Photos of the Cars Below: 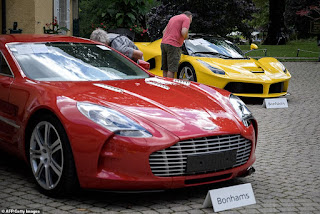 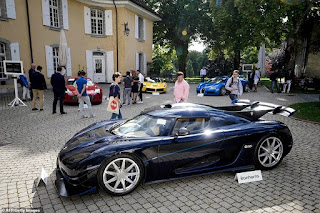 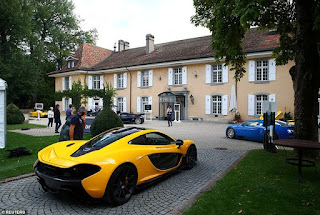 A Lamborghini Veneter white and cream roadster, one of nine versions produced, was the star of the auction. 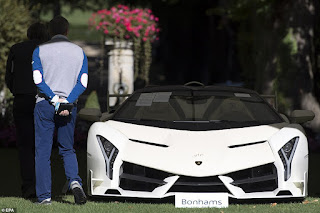 on October 13, 2019
Email ThisBlogThis!Share to TwitterShare to FacebookShare to Pinterest
Labels: news