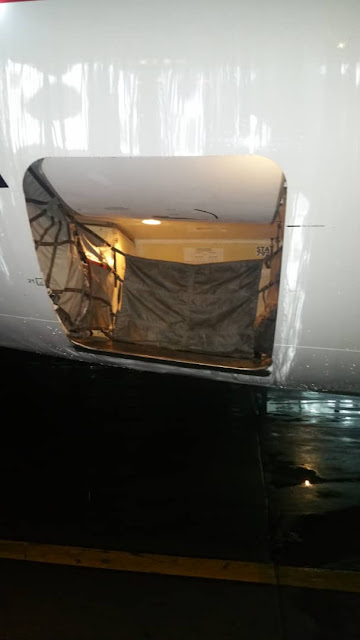 Royal Air Maroc is the Moroccan national airline and the plane arrived from Rabat when the incident occurred.

Nigeria's most active international portal, has recently been the victim of a series of security breaches. It should be recalled that on July 21, a Nigerian suspected of being disturbed mentally violated security at the airport and boarded an Azman Air plane that was flying to take off on the MMIA runway.

In the past, there has been a series of attacks on aircraft, whether it's filming for take-off or landing. Two of the recent cases involved airplanes carrying popular artists Ayodeji Balogun (Wizkid) and Tiwa Savage, as well as another incident involving a private plane belonging to Nigerian billionaire leader and founder of Stanbic IBTC Bank, Atedo Peterside. 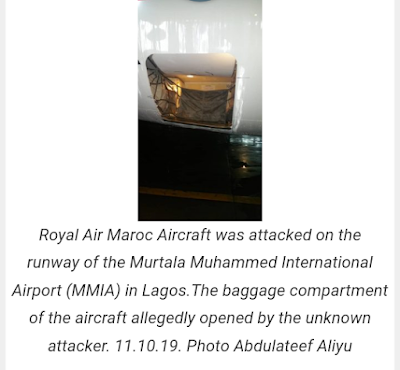 on October 11, 2019
Email ThisBlogThis!Share to TwitterShare to FacebookShare to Pinterest
Labels: news