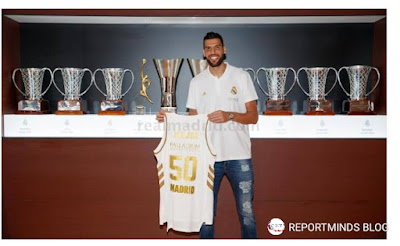 Real Madrid's basketball team has announced the signing of African star Salah Mejri. The Tunisian star returned to the European champions after leaving the club in 2015 for Dallas Mavericks.

The club has issued an official statement on its website to announce the agreement.

"Real Madrid has reached an agreement with the Liaoning flying lions center, Salah Mejri. The agreement binds the player to the club until the end of the current season, "said the club.

"Salah Mejri (June 15, 1986, Jendouba, Tunisia) is back at Real Madrid, where he previously spent a period of 2013 to 2015 before moving to the NBA, where he went to the Dallas Mavericks. , which measures 2.17m, will strengthen the domestic game of Real Madrid players and complete Tavares in the air match.

"The center is well used to the style of play of the team of Pablo Laso, ACB and EuroLeague, where he gained a lot of experience during his previous period at Real Madrid." Mejdri raised the Copa del Rey and Supercopa in the 2013/14 season and played his part in a historic campaign in 2014/15, during which the team won four silver coins: the Euroleague, League, Copa del Rey and Super Cup 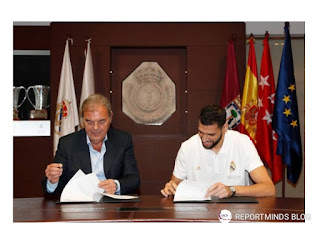 on October 11, 2019
Email ThisBlogThis!Share to TwitterShare to FacebookShare to Pinterest
Labels: sports