Raheem sterling among the top five players in the world 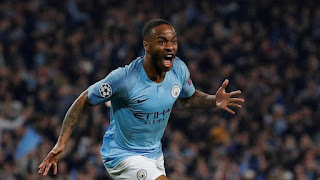 According to Ferdinand, Sterling is impossible to play against, adding that the international England is getting better all the time.

Sterling scored three goals in eleven minutes after Sergio Aguero had gone out of his way Ruslan Malinovskyi's penalty opener at Etihad.

"We are running out of great words to say about Raheem Sterling," Ferdinand said on BT Sport.


"He is a young English player who has played a lot of games. He is still improving and adding more to his game.

"He is in the top five players in the world. I do not care who you mention.

"The effect is good, the goals are scoring, it's impossible to keep him out."
on October 23, 2019
Email ThisBlogThis!Share to TwitterShare to FacebookShare to Pinterest
Labels: sports