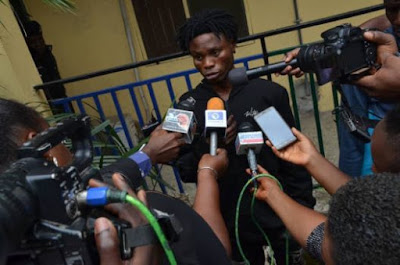 The Guy Pictured above is said to be the General  Leader of the dreaded cult group in Lagos, Awawa Boys, Tobi Akinbayo aka Scorpion Was arrested on Friday and paraded at Officers Mess, GRA Ikeja on Monday, September 23.

On September, thee Lagos State police command arrested Toby, alias Scorpion, whom it described as a “deadly leader” of the Awawa Boys cult group that has been terrorising the Agege area of the state.

The newly arrested Cult leader was said to be on search by the police  for alleged acts of murder, robbery and violent cult-related vices.

The Lagos State Commissioner of Police, Zubairu Muazu while parading 'Scorpion' said, “He is the number one in the hierarchy of Awawa Boys. His strongholds are Agege, Dopemu, Elere, Ijaye-Ojokoro, Alakuko, Pen-Cinema, Abattoir, Iju and Oko-Oba. He is the most dreaded in the hierarchy of cult leaders. His gang is responsible for series of violent crimes and social disorders in the areas earlier mentioned. Two other members of his gang, Balogun and Dolapo, were also arrested. 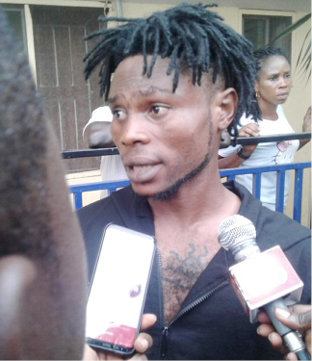 on October 10, 2019
Email ThisBlogThis!Share to TwitterShare to FacebookShare to Pinterest
Labels: news