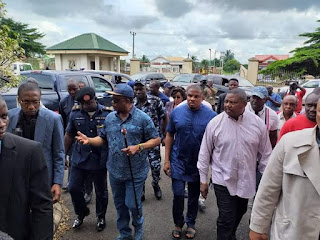 As part of the effort to determine why the Onitsha fire could not be quelled in time, Governor Willie Obiano went to the Anambra State Firefighters Command Headquarters in Awka.

The Governor was received by the Director of State Fire Services, Mr. Martin Agbili, Commissioner of Public Services and Mr. Emeka Ezenwanne.

After showing the governor the facilities and some of his equipment, Agbili informed the governor that they could not arrive at the scene due to a minor foul, explaining that the nearest firefighters who arrived at the scene were the main Onitsha market unit, but unfortunately, they were fighting fires elsewhere.

Agbili pointed out that even when the firefighters arrived at the scene, people initially chased them, pointing out that their men had managed to escape. 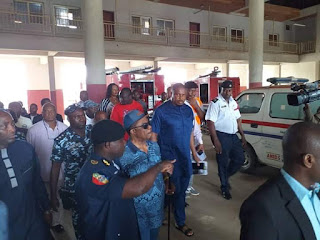 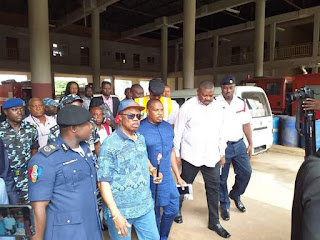 on October 17, 2019
Email ThisBlogThis!Share to TwitterShare to FacebookShare to Pinterest
Labels: news