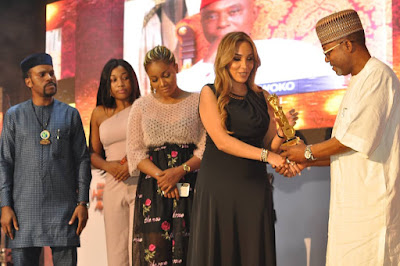 According to his Moroccan wife, she thanked the honorary recognition of her husband at the seventh edition of the Heroes Democracy Award. He expressed incredible satisfaction and immense joy, and emphasized that this award would strengthen the interest of their husbands in national development. She was on stage to receive the award with Miss Philcy Anayo and Alex Nwankwo.

Laila Nwoko pointed out that, even if the award was well deserved, it was timely, which would strengthen her dedication to developing human capacity, charity and intervention assistants. However, the chairman of the organizing committee and senior partner of Olufunso Fajag congratulated her and her husband for receiving the prestigious Democracy Heroes Awards.

The awards ceremony was marked by the presence of high-level invited guests and prize winners, who have crossed the public and private sectors in Nigeria. Among the distinguished figures are the FCT Minister of State, Mr. Ramatu Tijani, Governor of Nasarawa State, HE Abdullahi Sule, First Lady of Kwara State, Olufolake Abdulrazaq, President of FIRS, Mr. Babatunde Fowler, among others.

The Honorable Ned Nwoko is a man of common sense, a perfect definition of humility, a cunning politician, a billionaire tycoon and a dedicated humanitarian. Speaking to him a few minutes after the event with our correspondent, during a telephone conversation, he thanked the prize and the organizers for having thanked him for this honor and this prestigious award 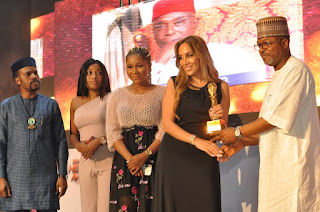 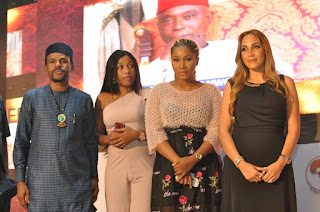 on October 18, 2019
Email ThisBlogThis!Share to TwitterShare to FacebookShare to Pinterest
Labels: news