My mother had a lot of Male Friends, encouraged me to be a Girl - Bobrisky (Video) 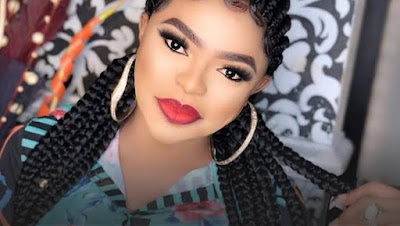 Nigerian transvestite Okuneye Idris, also known as Bobrisky, revealed recent facts about himself during a live video on Instagram this weekend.

During the live video, Bobrisky decided to open up and answer the questions fans have always asked him since he became famous.

According to the transvestite, he began to satisfy the desire to be a girl, since his childhood and to see his mother do things feminine, cook and take care of the house, which pushed her to become a woman deeper and stronger as she passes. the weather.

Subsequently, he could no longer stand it and opened his door to his mother, who advised him to be himself and no one else. Watch Video Below:

on October 07, 2019
Email ThisBlogThis!Share to TwitterShare to FacebookShare to Pinterest
Labels: Celebrities