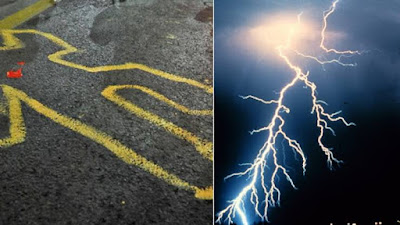 The incident occurred at the Mark Doris Hotel in Afikpo Eke Market, north of Afipko, in the area where the local government is located.

Nwigbo, who lives in Germany, went to the hotel with instructions not to disturb him, but after four days, the hotel management began to smell an unpleasant smell in his room and immediately alerted the hotel. police in Afikpo.

When police broke into the room, the man was seen wearing a pumpkin with silver inside and a white cloth on his head and waist.

Hotel staff told our correspondent that the management of the hotel had heard the thunder of their window, but because the guest had indicated that no one should go to their room unless it detained the hotel. Beware of the hotel, they did not bother. Go see him.

It was learned that his last return to Nigeria was in 2017 and that his family was unaware of his presence in the country let alone being in Afikpo after 13 years.
on October 07, 2019
Email ThisBlogThis!Share to TwitterShare to FacebookShare to Pinterest
Labels: news