I became a billionaire at the age of 25 - Governor Umahi 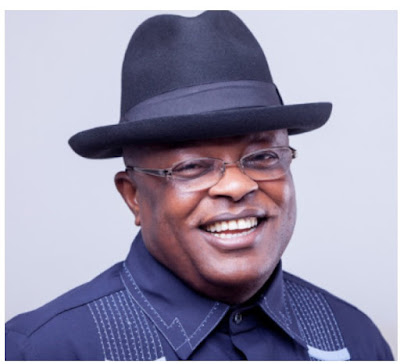 Ebonyi's Governor David Umahi revealed that he had become a billionaire at the age of 25 because of his hard work and his duty.

Umahi, who made the statement while speaking with Abakpa's leading market leaders, denied social media reports that he owned shops in the market and built his house by year.

"I work very hard, I'm not a poor person, but a very, very rich person. You can not use the state money and continue to do everything we do (projects), I have no shop or interest in the market, "he said.

The governor also said that the cancellation of some of the relocation decisions of traders was due to the intervention of the Christian Association of Nigeria (CAN). He also announced that the Abakpa market would now be referred to as the Ebonyi Fruit and Vegetable Market.

"We currently have a special assistant on the market, the structures that are still solid will be renewed. Merchants have two options: if you renew it as we please and become a homeowner or if we do it ourselves and you are no longer the owner, "he added.

Umahi also announced that because of CAN's intervention, the government had postponed the date of the merchant's move to the international market of the state until 10 January 2020 instead of 15 October 2019.
on October 11, 2019
Email ThisBlogThis!Share to TwitterShare to FacebookShare to Pinterest
Labels: news