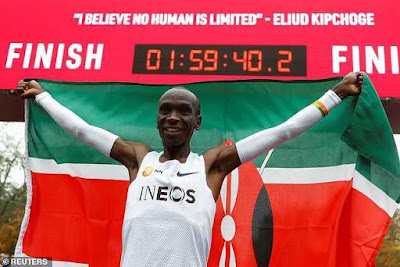 Eliud Kipchoge became the first athlete to run a marathon in less than two hours, beating the mark in 20 seconds, reports MySportDab.

He will not be recognized as the official marathon world record as he was not in open competition and was using a team of rotating stimulators.

"It shows that no one is limited," said Kipchoge. 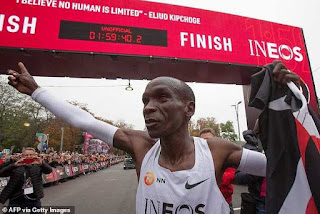 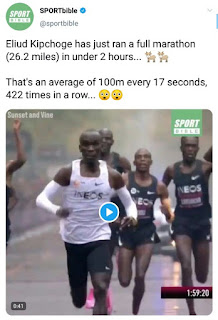 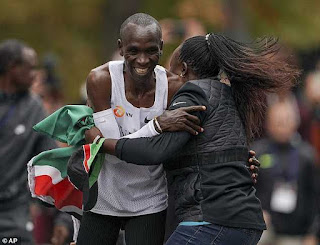 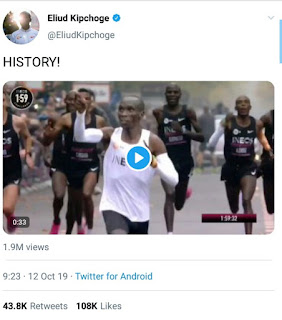 on October 12, 2019
Email ThisBlogThis!Share to TwitterShare to FacebookShare to Pinterest
Labels: sports