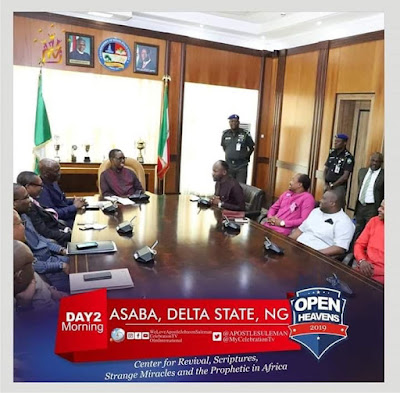 Based on the forth coming Crusade of the popular man of God, Apostle Suleman titled  2019 Open Heavens Crusade, Apostle Johnson Suleman on a courtesy visit to Delta State has admonished Governor Ifeanyi Okowa to separate politics from governance noting that both are different subjects.

The visitation occurred just after the state Governor, Governor Okowa flamboyantly said he owes nobody an apology for appointing his daughter into a juicy political office and also suspended an aide, Ossai Ovie over matters bothering on donations made to his wife, Dame Edith Okowa the First Lady.

In the meeting that had senior pastors of the Omega Fire Ministry and members of the state’s cabinet in attendance, the cleric prayed for Okowa on behalf of the state.

Apostle Suleman also gave kudos to the executive governor on the level of glaring development in the state, urging him to do more.

Promising to always put God First, the governor in his appreciation speech thanked Apostle Suleman for hosting the crusade in the state, declaring that he knows the importance of God in governance and will remain dedicated in doing his will.

More photos from the Event 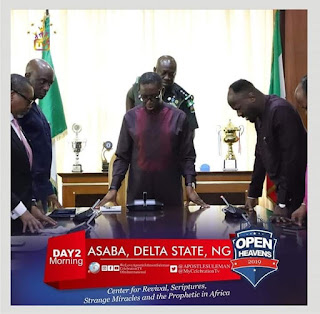 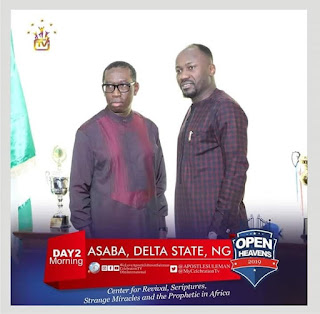 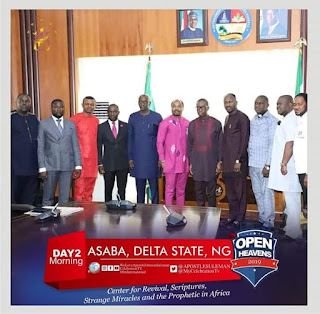 on October 10, 2019
Email ThisBlogThis!Share to TwitterShare to FacebookShare to Pinterest
Labels: Church