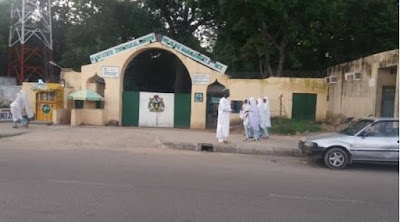 After hours of research, the experts captured a lion escaped from his cage in the Kano Zoological Garden on Saturday night after the lion devoured the goats that were resting in his cage.

Zoo chief Sai'du Gwarzo told BBC Hausa on Sunday that the lion had been found inside the zoo's facilities.

Gwarzo said the lion was found in a goat cage.

He had killed and eaten all the goats in the cage.

"The rangers managed to lock the cage before the lion was hit by an injection that made it less dangerous before being captured and returned to its cage," he said.

It is said that the escape occurred around 9 pm on Saturday when the rangers tried to put the lion back in its cage after returning from the national agricultural exhibition in Nasarawa State.

The incident caused panic among residents of Zoo Road.

"All the members of my family will be inside, although it will take a month to recover the lion. I have not experienced this type of fear since coming to this area for more than 15 years, "said a resident.
on October 20, 2019
Email ThisBlogThis!Share to TwitterShare to FacebookShare to Pinterest
Labels: news