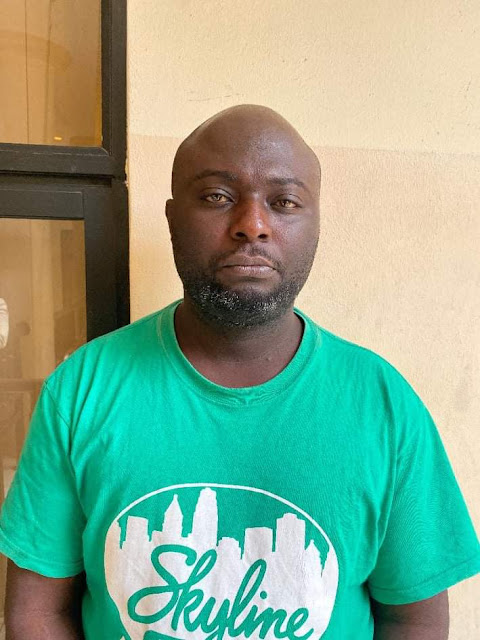 In its fight against corruption and other related crimes, the Counter Terrorism and General Investigations Section of the Abuja zonal office of the Economic and Financial Crimes Commission, EFCC, on Friday, October 4, 2019, arrested a suspected impersonator, Alika Noma Emmanuel for parading himself as a staff of the Commission to unsuspecting victims thereby defrauding them of their monies.

The suspect was apprehended at the Abuja Zonal office when he was persuaded by some of his victims to prove that he truly works with the Commission.

On arrival at the office, the suspect flashed his ID card to operatives of the Commission and was apprehended as it was recognised as fake.

The suspect is currently in custody and will be arraigned in court soon.
on October 07, 2019
Email ThisBlogThis!Share to TwitterShare to FacebookShare to Pinterest
Labels: news