Daura torture center with 300 detainees discovered by the police 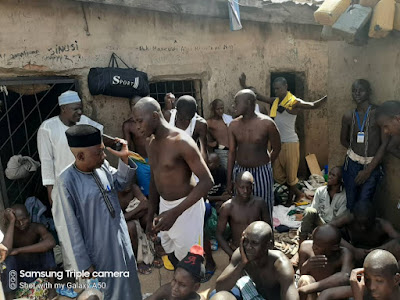 Police on Monday discovered another torture center to be a place of reform for character-stricken children in Daura, Katsina State.

TVC reports that the police raided the center after a prisoner uprising for excessive abuse.

The center is operated by a beautiful Malam in the city of Daura and has existed for decades.

Last month, a similar center was discovered with over 400 detainees in Kaduna State.
on October 14, 2019
Email ThisBlogThis!Share to TwitterShare to FacebookShare to Pinterest
Labels: news