Dangote, Obaseki, others at the AAU convocation ceremony (Photos) 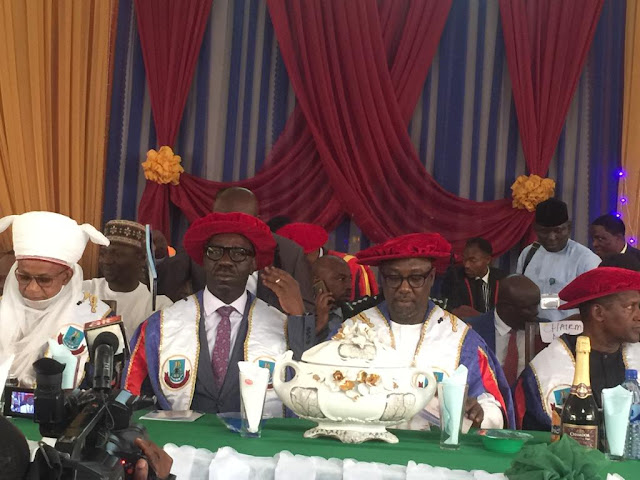 We got a report that today's event, which marks the fourth day since the beginning of the ceremony, has been granting higher titles and honorary titles to recipients.

Other dignitaries present at the ceremony included the Governor of the State of Niger, Alhaji Abubakar Sani Bello; Etsu Nupe, Yahaya Abubakar, among others.

The Gambian Minister of Commerce has represented his boss and the country's president, Adama Barrow, who should receive an honorary title.

At the time of the presentation of this report, the ceremony started at 10 o'clock. It is still in progress in the AAU Cordelia Agbebaku main auditorium in Edo State. 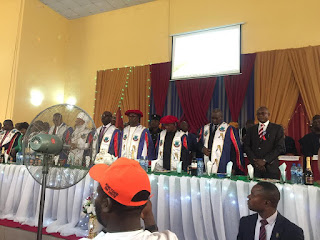 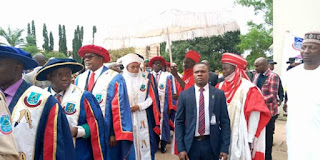 on October 19, 2019
Email ThisBlogThis!Share to TwitterShare to FacebookShare to Pinterest