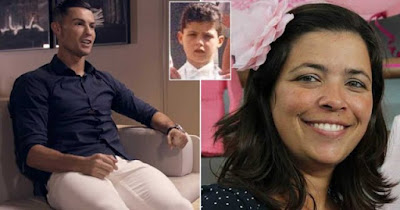 Cristiano Ronaldo is one of the best football players in the world, but his humility and generosity are unparalleled. After the story of Albert Fantrau, Ronald is now looking for the lady who fed him when he was poor.

A Portuguese woman responded to a recent interview with Cristiano Ronaldo, revealing that he was one of McDonald's employees who regularly gave food to the football hero when he was a poor young man in Portugal.
Ronaldo appeared on ITV in the UK to talk with Morgan in a long and revealing interview. He explained how he used to wait until the end of the day to see if there was any McDonald's food left.
"We were a bit hungry. We have a McDonald's next to the stadium, we knock on the door and ask them if they had hamburgers, "said the star of Juventus.


"There was always Edna and two other girls. I never found them. I asked people in Portugal, they closed the McDonalds, but if this interview can help find them, I would be very happy.
"I want to invite you to Turin or Lisbon to come and dine with me because I want to give you something back."
After the interview, Paula Leca came forward and revealed in an interview with the Portuguese radio Renascenca that she was one of the women mentioned in the interview with Ronaldo, and recalled the story of her own point of view. view.

"They appeared in front of the restaurant and when there were hamburgers, our manager allowed us to deliver them," said Leca.

"One of the boys was Cristiano Ronaldo, who was perhaps the most shy of all. It happened almost every night every week. "
"I'm still laughing at all of this now. I had already told my son, but he thought it was a lie because he could not imagine that his mother would give Cristiano Ronaldo a burger. 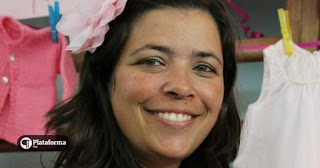 "My husband already knew it because sometimes he came to pick me up at work at night and I saw him too.

"It's fun to go back now to something that happened a long time ago, show your humility, at least now people know it's not an invention.
"If he invited me to dinner, I would be safe, the first thing I would do would be to say thank you and during the meal we would have time to remember those moments."

A return meeting would give Ronaldo the opportunity to return the favor to Leca and the other women who once served him as a hungry young man in Portugal.
And it's a safe bet that when they finally sit down to eat, it will give them something more substantial than a Big Mac and fries.
We all remember the fairy tale of Albert Fantrau, Ronaldo's friend and football star, who sacrificed his career to see Ronaldo play. Then, when asked how he handles this luxurious lifestyle, the answer came with a smile and a word, "Ronaldo".
on October 11, 2019
Email ThisBlogThis!Share to TwitterShare to FacebookShare to Pinterest
Labels: sports