Coco Gauff, 15, becomes the youngest to win the WTA title 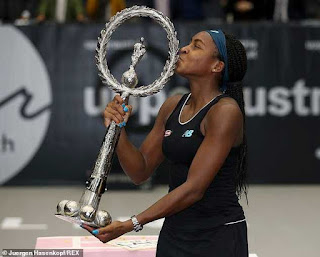 The sensation of young tennis player Coco Gauff made history on Sunday by winning her first WTA title at only 15 years at the Linz Open.

The American, who became the youngest player to reach the WTA final since Czech Nicole Vaidisova in 2004, defeated 2017 Roland Garros champion Jelena Ostapenko 6-3 1-6 6-2 in the final.

She has crowned a notable increase for Gauff, who made an appearance this summer by beating seven-time Grand Slam champion Venus Williams on the road to Wimbledon's last 16 games.

However, She will now move to position 71 in the standings when they are updated on Monday.

After seeing his historic moment, Gauff said, "I want to thank God for always supporting me as if I were not there without him.

"The week has been amazing and I hope to return in the future.

"I will definitely remember that moment for the rest of my life."

Gauff became the youngest to win a WTA title since Jennifer Capriati in Canada in 1991. Watch the video ... 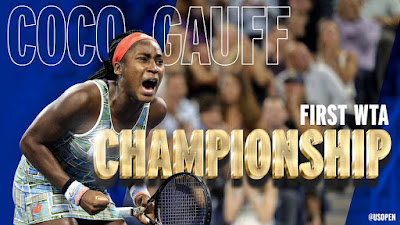 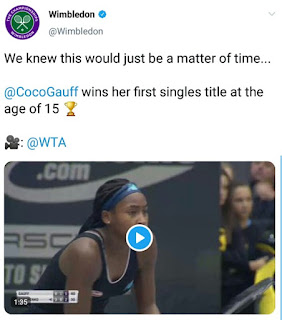 on October 14, 2019
Email ThisBlogThis!Share to TwitterShare to FacebookShare to Pinterest
Labels: sports