Buhari Administration Earned Over 16 Trillion From Oil In Four Years 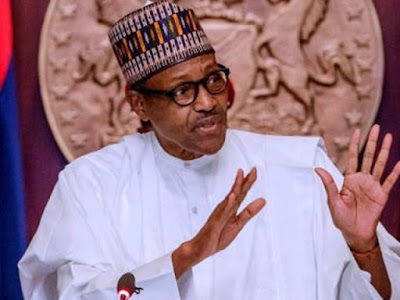 The administration of President Muhammadu Buhari earned N16.647 trillion from the oil and gas industry in its first tenure, from May 2015 to April 2019.

According to Central Bank of Nigeria, CBN, Petroleum Profit Tax, PPT, and other sources.

The money was earned by Nigeria only and does not include earnings by oil and gas companies operating in the country. The total oil revenue represented by the Federal Government, State and Local Governments after the inclusion of non-oil revenue, and other deductions and transfers.

However, from the reports, it was observed that the amount earned by Buhari in the first four years of his administration was 43.6 percent lower than the N29.514 trillion earned by the President Goodluck Jonathan Administration from May 2011 to April 2015.

The amount earned by the Buhari Administration in its first tenure represented 61.42 per cent of the country's budgets for 2015 to 2018. Specifically, between 2015 and 2018, the Federal Government's total budgets stood at N27.1 trillion.

Commenting on earnings from the petroleum industry during the Buhari administration, the immediate past president of the Nigerian Association for Petroleum Economists, NAPE Professor Omowumi Iledare, argued that the money was better used.
on October 15, 2019
Email ThisBlogThis!Share to TwitterShare to FacebookShare to Pinterest
Labels: news