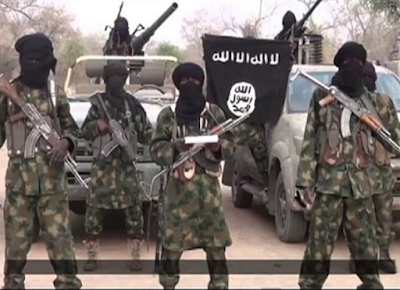 Eyewitnesses said the insurgents had entered the city in an orderly fashion and were heading directly to the Emir's palace, but that the emir had left the palace two hours before the insurgents arrived.

Apparently, in a show of anger, the insurgents decided to burn part of the palace and were taken away with a Hilux van (vehicle) from the Emir. A resident of Babangida said the insurgents were tasked with eliminating the district chief on a revenge mission.

The source told The Nation that the district chief had previously provided a clever report that led to the removal of some Boko Haram from his estate who were taking away premises to demand ransom. Available information also indicated that the attack on the city had created a pandemonium throughout the city, while many villagers who had arrived at the market had fled for their lives.
on October 06, 2019
Email ThisBlogThis!Share to TwitterShare to FacebookShare to Pinterest
Labels: news