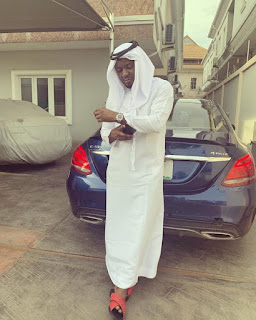 Well-known beat killer from Akwa Ibom State, Mc Galaxy who has been spending some money on the just concluded bbniaja house, accepts Khafi apology after she refused to show up after her fans nominated her for the money Mc Galaxy is giving out to some Bbn housemates after which it was given to Cindy.


She however apologized to the public and her fans, she reveals she was stuck in Traffic that's why she didn't show up.

Mc Galaxy finally accepted her apology and asked her to send her Account details.

See prove of the payment below: 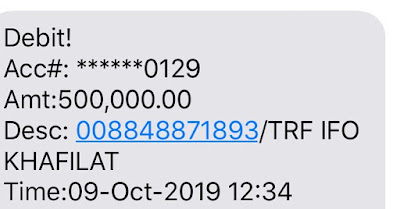 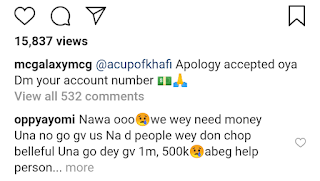 on October 10, 2019
Email ThisBlogThis!Share to TwitterShare to FacebookShare to Pinterest
Labels: Celebrities