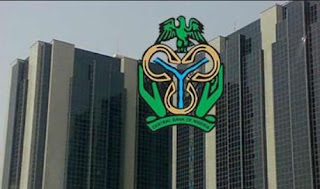 The financing positions of seven commercial banks are insufficient, showed the result of the stress test of the Central Bank of Nigeria (CBN) released Thursday.

The Financial Stability Report signed by CBN's Director of Policy and Financial Regulation, Kelvin Amugo, showed that in the analysis of the less than 30-day period, seven banks were not adequately funded, while in the period of thirty 90 days, nine banks had funding deficits.

However, the report indicates that the cumulative position of the industry shows a surplus of 4.8 billion naira assets compared to liabilities.

The results also revealed that, in cumulative five- and thirty-day execution scenarios in the banking sector, liquidity deficits decreased to 1.58 billion naira and 1.98 billion naira. .

The results of the non-compliance resistance test in oil and gas exposure showed that the banking sector could withstand up to 50% of nonconformities, as the capital adequacy index (RCA) remained at 10.24 percent.

The results of the stress tests on the net position of interest-rate-sensitive instruments showed that the banking sector would maintain a stable solvency against the interest rate shock of up to 1,000 basis points on the yield curve. since the shock, the CAR has decreased slightly from 15.26% to 13.41%.

The maturity profile of assets and liabilities before the sectoral shock at the end of December 2018 revealed that the shortest segment of the market, with less than 90 days, was adequately funded.

The risk of contagion of unsecured transactions in the interbank market was moderate at the end of December 2018. The results of the simulated default of the contingent consideration for unsecured interbank loans indicated a low risk, with the banks, except for two, having maintained the Post shock RCA greater than 10%.

Implied Cash Flow Analysis (ICFA) has assessed the ability of the banking system to withstand large withdrawals from unplanned deposits, short- and long-term wholesale financing for five days and 30 days combined, with specific assumptions. concerning the short selling of assets.

The ATM and mobile channels registered the largest number of frauds. To cope with this trend, bank customers were continuously sensitized to securing banking practices, while banks were encouraged to implement robust authentication controls and perform comprehensive infrastructure risk assessments.

A total of 1,612 complaints from consumers of financial services were received during the reporting period, indicating a
on October 18, 2019
Email ThisBlogThis!Share to TwitterShare to FacebookShare to Pinterest
Labels: news