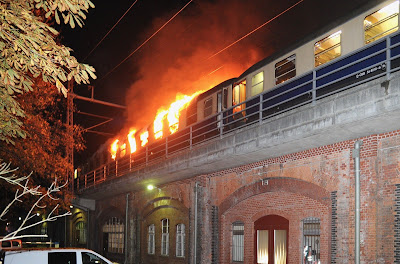 The special train service brought supporters of SC Freiburg south-west of the country in their country after the Bundesliga match with FC Union Berlin of the capital. The home team won the match 2-0 at Stadion An der Alten Försterei.


"We saw smoke leaving #Bellevue train station in the center of #Berlin, Germany, among reports of a train in flames.Many injured were reported," reads in a tweet.

A spokesman for the fire department said a car had burned "in all its magnitude".

"Shortly after the start of the return trip, there was a fire in one of the cars," wrote a spokesman for the SC Freiburg group of supporters who organized the trip. 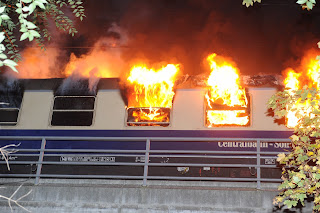 "All passengers have left the train."
on October 20, 2019
Email ThisBlogThis!Share to TwitterShare to FacebookShare to Pinterest
Labels: news