A drunken policeman reportedly opened fire on a resident of Calabar 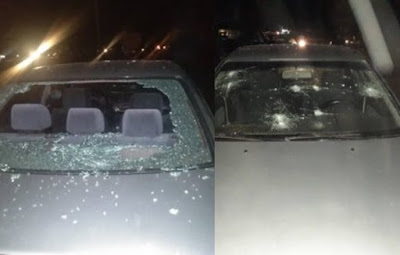 A Twitter user sounded the alarm after a "friend" was subjected to police brutality by a drunken police officer who opened fire on him.


According to @momgbajabiamila, the policeman allegedly assaulted his victim, shot him, failed him, broke his car, arrested him, and always left with the key of his car.

The drunk policeman was identified as Inspector Andy Amama of the Zone Surveillance Unit at Police Headquarters in Zone 6 of Calabar.

Read the tweets below; 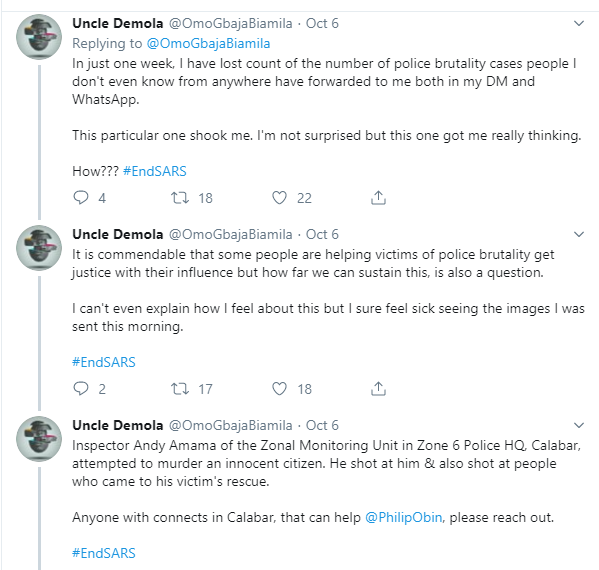 on October 06, 2019
Email ThisBlogThis!Share to TwitterShare to FacebookShare to Pinterest
Labels: news