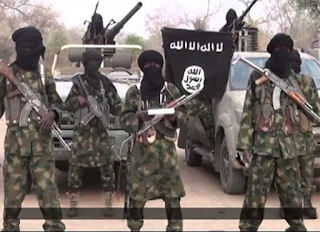 An attack on October 3 against a military convoy in the state of Borno by the Boko Haram insurgents left 11 dead and 14 wounded.

The 34 soldiers, including two officers who were ambushed by Boko Haram insurgents around 11:25 am, were patrolling the area of Mauli-Borgozo State.

Eyewitnesses told Premium Times that the terrorists had stolen eleven AK-47 rifles from the soldiers they had killed, taken an anti-aircraft truck, damaged a truck and a military truck used to transport officers and equipment.

Two soldiers were reported missing in the action after the attack, which also killed at least 15 civilians. However, it is unclear if any of them belonged to Boko Haram.
on October 06, 2019
Email ThisBlogThis!Share to TwitterShare to FacebookShare to Pinterest
Labels: news