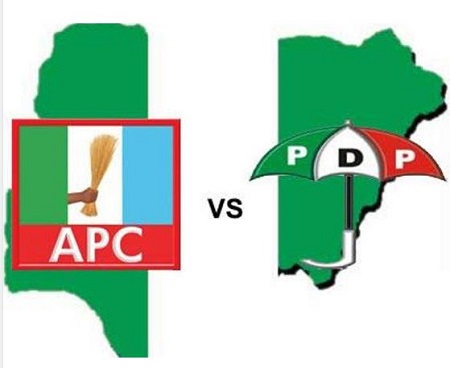 A bloody confrontation between youths loyal to the All Progressives Congress (APC) and their Peoples Democratic Party (PDP) counterparts in Effurun, Uvwie Local Government Area of Delta State, yesterday, claimed one life and left several others injured.

The fighting, which started at about 9am, saw residents, especially motorists and passersby going to church service along the popular PTI Road in Effurun, running for safety, as the youths, suspected to be political thugs, engaged in a fierce gun battle.


Some of the youths took advantage of the mayhem to rob passersby and vehicle owners of their valuables, and most drivers abandoned their vehicles in the middle of the road to run for their lives.

It took the intervention of soldiers from the nearby 3 Battalion, Effurun, to restore normalcy to the area.

At the time of this report, stores and places of worship in the vicinity were shut, as most residents were scared to return to the area.

It was not clear which of the camps the youth that was killed belonged to, as neither of the groups came forward to claim to the corpse of the victim.
on February 04, 2019
Email ThisBlogThis!Share to TwitterShare to FacebookShare to Pinterest