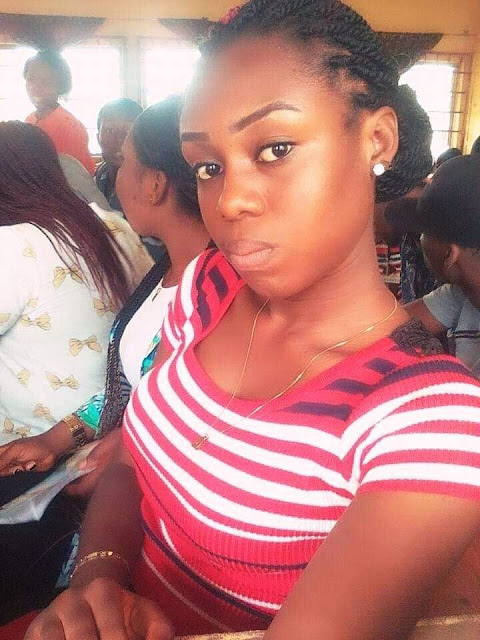 last night a tragedy took place at Imo State University after a girl who reportedly stabbed her boyfriend committed suicide.According to reports, Jennifer Agomuo, a student of higher computer science, stuck out her friend, a technical student during an argument and when she thought she had killed him, she took a poison and died immediately.Both were transferred to the Federal Medical Center Owerri where it was confirmed that the girl had died. The man is in a coma. 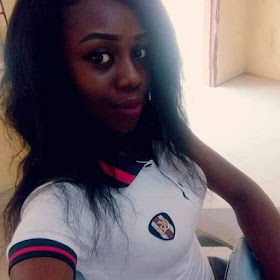 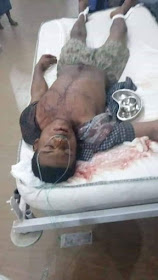 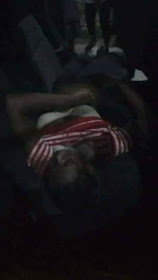 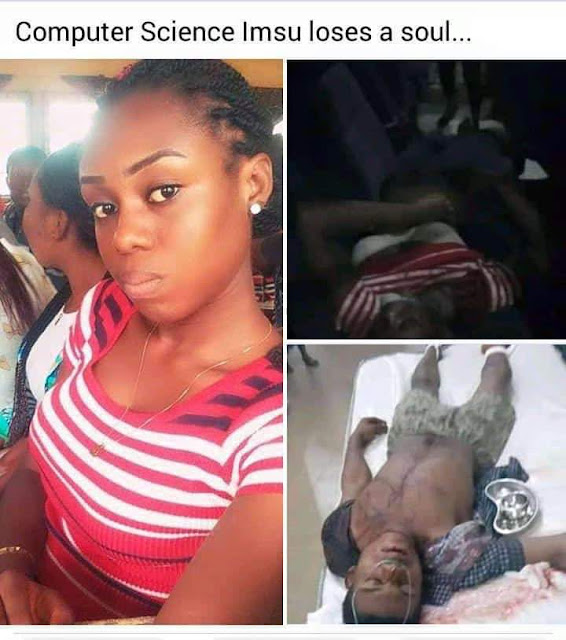 One of her schoolmate, chidebere took on Facebook to express what he feels deeply about the lost.
He wrote:

"Jenny I met you during your predegree days in imsu,helped you seek for admission,and the last time we spoke you said I should call when I enter owerri....
After all the struggles,the EXAMS, the night class and even leaving Abuja to come down to east to study,God protected you from all accidents,you stayed in back gate and God covered you from all Cult related shootings...
After going from predegree to final year in Imsu...You lost your life over Boyfriend and girlfriend issues,stabbing your boyfriend and taking your own life..
I SAY THIS WITH  A. DEEP HEART... MAY GOD PLEASE ACCEPT YOUR SOUL
IT IS WELL"
on November 22, 2018
Email ThisBlogThis!Share to TwitterShare to FacebookShare to Pinterest