How I Joined Man United Based on Arsenal Legend's Advice - Fred 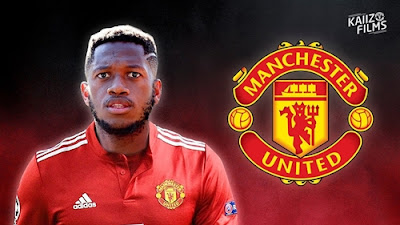 The new Manchester United player, Fred, explained the role played by the former star of Arsenal and Brazil in his summer transfer to Old Trafford.

Midfielder recruited by Shakhtar Donetsk, who played his first two games for the Reds in the Premier League matches against Leicester City and Brighton & Hove Albion, revealed how he had sought out his compatriot Gilberto Silva.

Gilberto, the former Gunner favorite, arrived in North London in August 2002, a few weeks after winning the World Cup with Brazil, and he was part of the Arsenal Invincibles who were unbeaten throughout the 2003 season. 04.

He had titanic clashes with Sir Alex Ferguson's team during his six-year stint in the capital and won in the 2005 FA Cup final at Millennium Stadium in Cardiff.

Of course, such a strong opponent has received a lot of respect from the United States and Fred says it has been reciprocal by his 41-year-old mentor.

"Gilberto was a great midfielder who played for Arsenal," Fred told ManUtd.com. "But he has a lot of respect for Manchester United, which is obviously a big club in England.

"He congratulated the club a lot and having had the opportunity to talk to Jose Mourinho and other United people, we decided to come here and decided it would be a good move for me.

"Gilberto is a guy and his advice is very important to me, he played in the same situation as me and he won the Premier League, so I'm counting on him for inspiration, I listen to what he has to to say and I take into account what he tells me. "
on August 23, 2018
Email ThisBlogThis!Share to TwitterShare to FacebookShare to Pinterest
Labels: sports