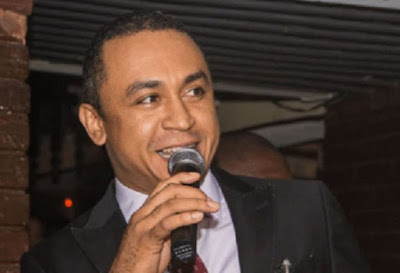 Daddy Freeze, a controversial PAO from Nigeria, took Twitter to tell his followers that he had become a Christian.

Papa Freeze is famous for his revolt against certain ecclesiastical practices, especially the payment of tithes.

According to him, paying tithes is like stealing the poor and should be stopped.


Now, in his latest public statement, Papa Freeze said he became a Christian the day he stopped at the church.


I became a Christian the day I stopped going to church!

In the last 3 years, I stopped going to "church".
I am now going to church online with our members around the world, where God is worshiped in the truth and in the spirit, not where pastors themselves make buffoonery soliciting money like whores to fund their worldly lifestyles
on August 18, 2018
Email ThisBlogThis!Share to TwitterShare to FacebookShare to Pinterest
Labels: gossip