92-year-old woman reunites with her 72 year old son after getting separated 68 years ago when the Korean War broke out -Emmy.ng 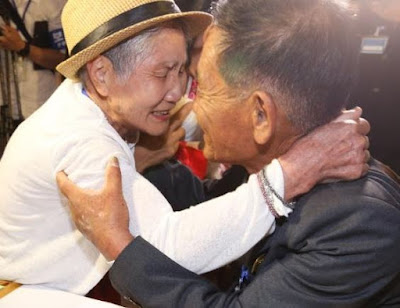 Today, Lee Keum-seom, 92, exclaimed as she fell into the arms of her long-lost son in a holiday resort in North Korea.

Lee had waited 68 years to see his son again after the two men broke up during the Korean War and found himself stuck on both sides of the demilitarized zone (DMZ) that now divides the two Koreas.

Sang Chol was four when she saw him for the last time. He is now 71 years old while waiting for Lee's arrival with his daughter-in-law. Lee was joined by her two daughters, who grew up in South Korea.

In the decades following the Korean War, the Red Cross brought together a large number of families, but thousands more missed. 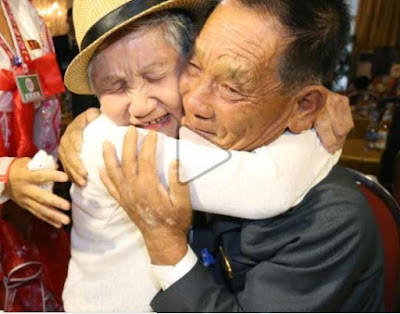 on August 20, 2018
Email ThisBlogThis!Share to TwitterShare to FacebookShare to Pinterest
Labels: news