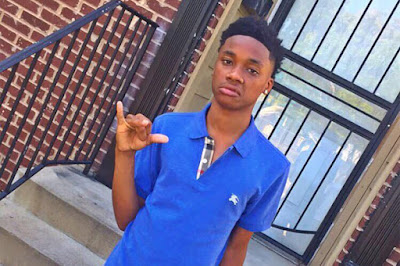 Armond Latimore, a St. Louis teenager posted online, was happy to be on his 17th birthday after all he had been through. A little over an hour later, he was shot in the head.

The St. Louis Post-Dispatch reports that the boy was shot outside a restaurant around 1 pm Saturday - his birthday,

He was pronounced dead at the hospital. No arrests were made. Homicide detectives are investigating.

Her mother, Chandra Payne, said she went to a store when she heard the news.

"He told me he wanted ice cream," said Payne. "I went to Save A Lot and three minutes later I got the call."

Latimore's post on Facebook Saturday was celebrated just before his birthday. He read: "Through all that I said, I'm glad I can say that I managed to see 17."


Latimore was a sophomore at Vashon High School. After the shoot, Payne said he found a piece of paper that his son had written for the school about a bully who would not stop harassing him. She said that Latimore had never told her or other family members of any problems with anyone.

Payne said that since filming, the people involved have shown his photos on Latimore's Facebook page, where he is seen with a lot of money and poses with a gun. She said her son was unarmed and the money belonged to someone else.

She said that her son was a good boy.

"He has always been a child of help," she said. "He would cut grass, wash your car or sell water, love music and love money.

Harvey Collins, 60, saw Latimore two hours before his death when the teenager helped move Collins' daughter to her dormitory at Harris-Stowe University.

"I can not believe that a few hours later he was dead," Collins said. "It's a shameful shame."
on August 21, 2018
Email ThisBlogThis!Share to TwitterShare to FacebookShare to Pinterest
Labels: tragedy