The People of Imilike-Enu Elects New Monarch 10 Years After 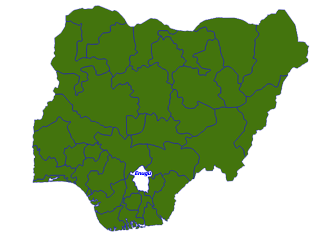 ENUGU - Residents of Imilike Enu in the local government district of Udenu in Enugu State elected a traditional leader to oversee community affairs, 10 years after the disappearance of their former traditional leader.

The community, which was in crisis since the disappearance of the former traditional leader, elected Chief Felix Mba to stand up for the cause of the people and ensure the restoration of lasting peace and development in the community.

The result announced by the returning officer, Prof. Uche Nnadozie, from the Department of Public Relations and Local Government of Nigeria's Nsukka University, said Chief Felix Mba collected 1,278 votes to defeat his opponent, the leader.
Innocent Ugwuodo. , which collected a total of 415 votes. Peaceful elections were held by representatives of the Enugu State Chiefs Ministry and local government officials in Udenu and important traditional leaders in the region.

In an interview, the elected leader of the Imilike Enu community, Chief Felix Mba, expressed his happiness at his election to lead his people, saying he had never
considered such a responsibility in his life.

"I'm very happy because I never thought I'd be in that position since I was born."

on July 27, 2018
Email ThisBlogThis!Share to TwitterShare to FacebookShare to Pinterest
Labels: news