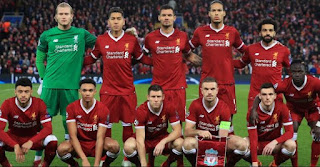 The Reds have made headlines in the current niche of transfers, with the acquisition of new players and the retention of key players. The club would however be ready to sell seven players to obtain funds.

According to the Liverpool Echo, the Merseyside club is looking to win about 106.5 million pounds if everything goes as planned. Liverpool Echo has learned that the planned amount could help offset the money spent on the recent acquisition of £ 165m Alisson, Naby Keita, Fabinho and Xherden Shaqiri.

Daniel Sturridge is expected to stay with the Merseyside team, despite his injury-prone nature and his lack of a loan with relegated West Brom last season. Why the English international could stay with the club, we can not say as much for Danny Ings and Simon Mignolet who are surplus.

Danny Ings, who is currently valued at 20 million pounds, is expected to leave the club looking for a match in a lower club. Simon Mignolet, whose chances of becoming the first-choice goalkeeper of the club were dismissed at the arrival of Alisson, will seek to move away from the club as he seeks the time of the game.

Divock Origi is at the top of the list of players to leave the club as he seeks to rebuild his football career. The Belgian current, estimated at 27 million pounds, remains a good deal for potential employers.