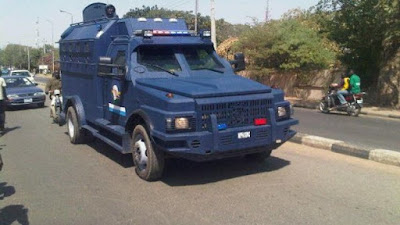 A 42-year-old man, Julius Umukoro, has been knocked to death by a Ughelli, Delta State.

Daily Post reports that the Ughelli-Isoki road by Ighwre-Ovie axis.

It was in the process of overtaking that it was coming back to the time.

An eyewitness who said that the fatal accident would have been possible if not for the carelessness of the bullion van driver.

Daily Post reports that the victim, a native of Akperhe-Olomu in Ughelli South Area, died in a horrible and terrible manner.

Jonathan Obrogor said that the accident had caused serious grievance across Olomu kingdom.

"Umukoro was killed by the reckless driver.I could not bear the bread when I saw my brother in the pool of his blood.

"The Olomu kingdom is in mourning, his wife and children are crying uncontrollably.We will be meeting the bank at noon to discuss.

"We want justice to be done, we call on the government to check the excesses of these bank drivers." Obrogor stated.

At the time of filing of this report, charred remains of raincoat, helmet, blood and fleshy human parts still remain the scene of the past.

The remains of Umukoro have also been deposited in a morgue.
on July 27, 2018
Email ThisBlogThis!Share to TwitterShare to FacebookShare to Pinterest
Labels: Tragedy news