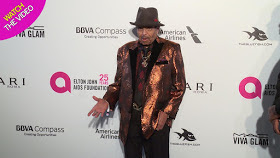 Joe Jackson, Michael's father, Janet and his famous brothers, is now fighting against terminal cancer, it has been revealed. The 89-year-old patriarch is currently in the hospital in the final stages of his cancer and is currently surrounded by his wife Katherine Jackson and other family members.

TMZ reports that Joe, who originally operated The Jackson 5, has been fighting the disease for a while, and has been told that his cancer is intractable.

Until now, you do not know how much time you have left. It came after his son, Jermaine Jackson, claimed that Joe was dying earlier this week.

He said his father got worse this week and is now on his "deathbed."

He also described his father as "very, very fragile."

"He does not have much time, the family needs to be by his bed, that's our only intention in the last days," Jermaine said.
on June 23, 2018
Email ThisBlogThis!Share to TwitterShare to FacebookShare to Pinterest
Labels: Celebrity