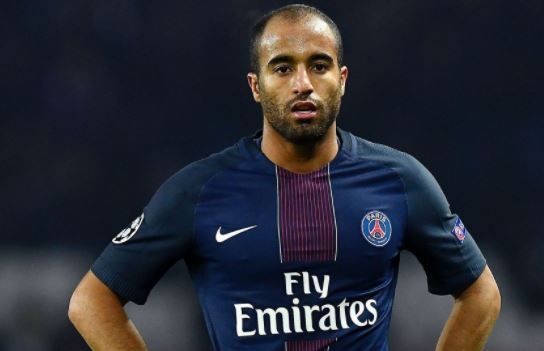 Lucas Moura
Unai Emery has declared that Lucas Moura’s time at Paris Saint-Germain is up.
The Brazil international winger has struggled for game time this season – playing only 79 minutes of competitive football – and has been told by his coach that he is no longer in his plans.
Arsenal and Tottenham will have taken particular not of the Spaniard’s words, as they are both reputedly interested in making a move for him.
“I’ve told Lucas that he will no longer have the chance to play with PSG and that he needs to find another club,” Emery told the media.
Even Neymar’s absence due to a thigh issue did not allow the 25-year-old an opening to play during the 2-1 defeat at Lyon on Sunday, and Emery is not convinced the world’s most expensive player will return in time to face Guingamp in Wednesday’s Coupe de France match.
“Neymar trained yesterday but at the end of the session he didn't feel good,” Emery explained.
“He has a strain. We'll see today's training if he's better, but I don't think he will be ready for tomorrow.”
Emery also offered an update on Kylian Mbappe’s condition after PSG criticised the Spanish press for spreading erroneous rumours about his health prior to the Real Madrid Champions League tie next month.
“Mbappe felt fine yesterday but the doctor asked to make more tests,” the coach revealed of the attacker, who was the victim of a heavy collision with Lyon goalkeeper Anthony Lopes.

“The player wants to play but we'll see if it's dangerous for him to train today and to play tomorrow.”
Meanwhile, PSG are seeking reinforcements to their squad ahead of the end of the window.
Lassana Diarra is expected to arrive at Parc des Princes imminently, but Emery was tight-lipped over that deal.
“I talked to sporting director Antero Henrique this morning and he didn't talk about him, only the players who are still here,” he said.
on January 24, 2018
Email ThisBlogThis!Share to TwitterShare to FacebookShare to Pinterest
Labels: Lucas Moura’s, PSG