See the Rare Restaurant Where Every Worker is HIV Positive (Photos) 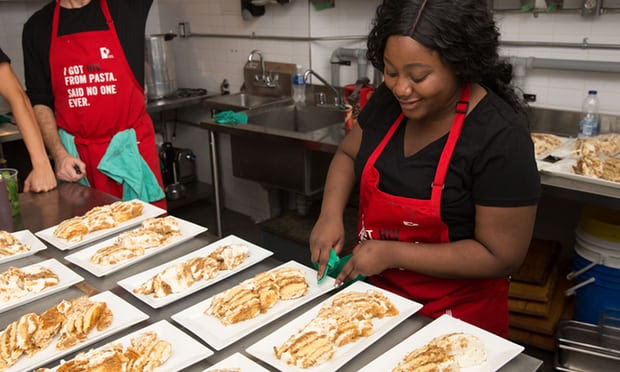 Staff at the restaurant. ‘There’s still this lingering notion that if I have regular human contact with somebody with HIV, I may contract it.’ Photograph: Bensimon Byrne
For the first time, a restaurant where every piece of food is made by someone with HIV has opened in Toronto.
According to Guardian, organizers say the impetus was a recent poll that found that the thought of dining with somebody who’s HIV-positive still paralyzes them with fear.
The survey by Casey House, Canada’s only hospital dedicated to people living with HIV/AIDS, found that nearly half of Canadians wouldn’t eat a meal prepared by someone with the disease, even though health experts say the infection can’t be transmitted that way. To combat the stigma around food prep, Casey House decided it was time to pull a bold stunt. 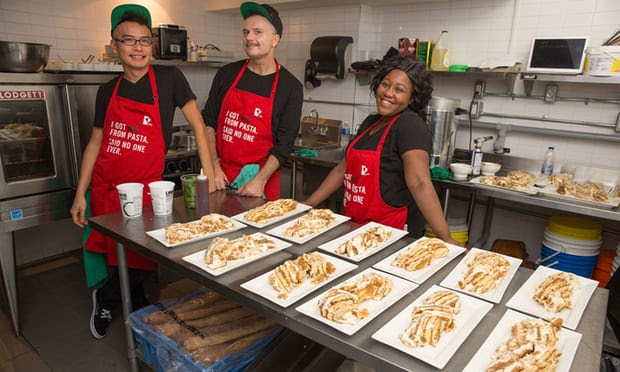 The pop-up, called June’s Eatery after Casey House’s co-founder June Callwood, launched this week. It advertised two four-course dinners made by 14 HIV-positive chefs for $125 — one yesterday, the other today. Both of them sold out. 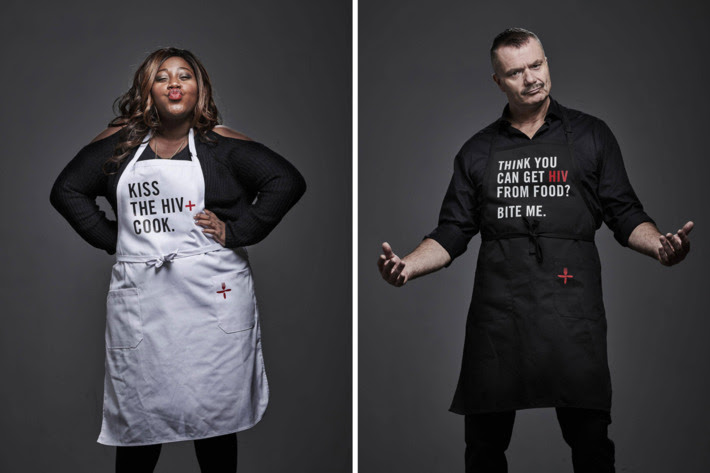 Organizers told The Guardian that they even welcome “negative coverage,” though, as the “entire point of the pop-up” is “exposing the ignorance and blame around HIV and AIDS.” They did their best to test people, too — organizers say they mailed jars of soup prepared by the HIV-positive team to newsrooms “across Canada.” It seems they didn’t really care what became of that soup in a box, as long as it challenged media to “examine their own beliefs” before writing about the event.
on November 13, 2017
Email ThisBlogThis!Share to TwitterShare to FacebookShare to Pinterest
Labels: HIV Restaurant