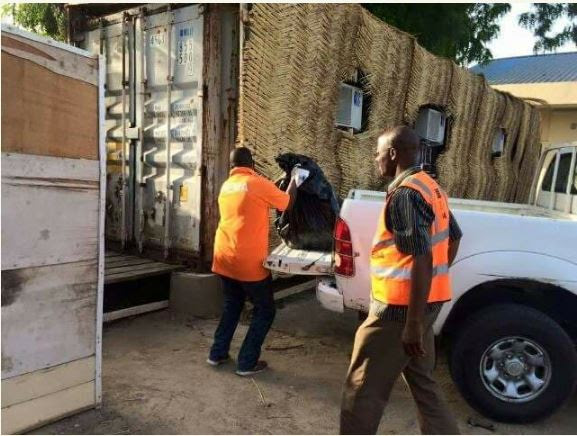 Remains of a suicide bomber being evacuated
Today ,13/05/2017, at 1:10am, three suicide bombers, two men and a woman attempted to gain access into University of Maiduguri, Borno state but we're sighted by the university security who stopped them for interrogation.
While interrogating them, the two suicide bombers detonated their explosives devices which injured one of the securities and killed another .
The third suicide bomber hid close to the vicinity of a church in the university later detonated her explosive which affected the structure of the church with no casualty.
The injured was taken the University of Maiduguri Teaching Hospital, UMTH after administration of first aid while the corpses were deposited at Borno specialist hospital by the National Emergency Management Agency, NEMA ERT team. 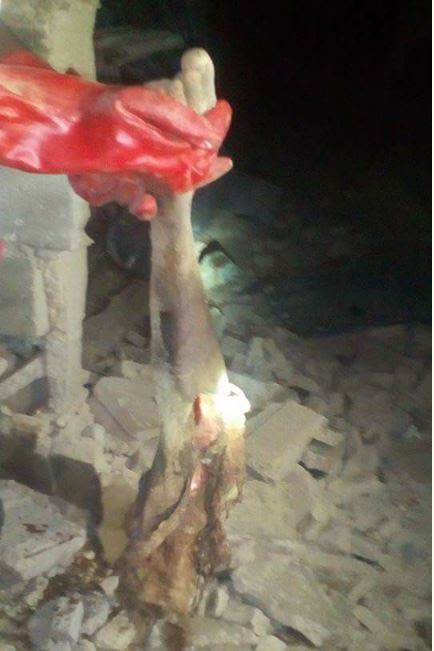 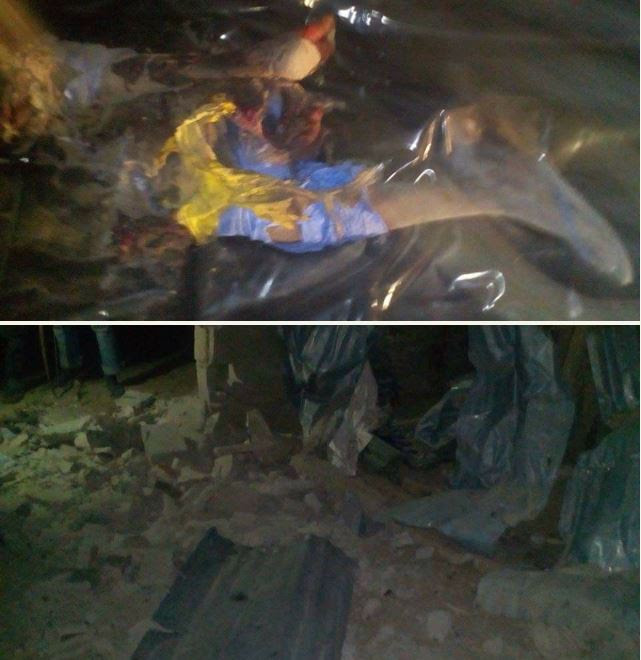 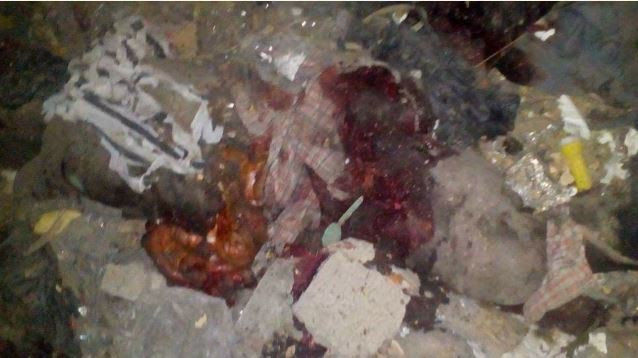 In the same vein, the incident delayed the commencement of the Computer-Based Test for the Unified Tertiary Matriculation Examination, candidates at centres in the university.
NAN reports that the six test centres in the university recorded low turn out following the incident. Mrs. Kaka John, a JAMB staff, said that the exam did not commence on time because of the early morning bomb blast, which made many candidates stay away.

“We were supposed to start very early at 9:00 a.m. but I think because of the fear, the students did not show up. This made us start around 10am.

” Also, the security agencies did not also show up on time because many of them had moved to the scene of the blasts. Also, the NSCDC did not show up on time,” she said.Haliru Umar, The JAMB Supervisor, at the ETC Centre one and two said that about 4,000 students would be sitting for the exam in the centre.

“In this centre this morning, we started with about 250 students. We still have about 17 more sessions for the exams.

"So far, the exercise was very successful as some of them have started coming out.

“We have taken good security measures by providing sufficient security to protect the students to enable them to write their exams successfully,” he said.
Halima Isa, one of the Candidates said she wrote the test in fear but said it was successful.

“We were scared because there was bomb last but I think everything is fine now,” she said.
on May 14, 2017
Email ThisBlogThis!Share to TwitterShare to FacebookShare to Pinterest
Labels: Borno, suicide bombers, University of Maiduguri