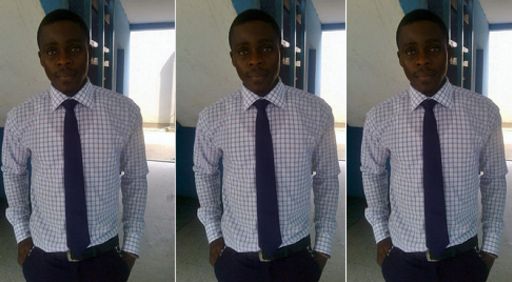 Oh dear! A medical student identified as Olusoji, has been arrested by Ondo State Police Command for allegedly killing his 86-year-old father, High Chief Clifford Olumekun, with an axe.

The suspect allegedly carried out the act at the deceased’s residence at No. 1, Okeraye Street, Idepe in Okitipupa area of Ondo State.

What went wrong? What led a son to such level of 'madness'?

The state Police Public Relations Officer, Femi Joseph, said the reason the suspect killed his father had not yet been determined as of Friday as he was still being interrogated.

He told Punch, “The incident happened on January 2, 2017, and we have arrested the suspect. We are still interrogating him to know why he carried out such an act.”

A source said that immediately after killing his father, the suspect allegedly wrapped the deceased’s remains with a cloth and cleaned the blood stains in the room.

Another member of the deceased’s family said the dad was a highly placed chief in the community.

“He is the head of our family and even a kingmaker. He is an Ijama, one of the most senior chiefs in the community. He and the son had been having a running battle over family issues in recent times, but nobody believed that he could resort to killing his father.

“Olusoji is about 26 years old and he is a son of the man’s last wife. He had many wives. Many of our family members believe that he was forced through some diabolical means to kill his father. But I think something triggered the boy. He could have had some mild mental illness we did not know about.

“Many times in the past, he had harrased the man to the point that it became an issue in the family. We don’t know whether it was because of money issue or not.”

The Punch learnt that the suspect’s mother and sister, both nurses, were around during the attack.

The mother is also said to be in police custody while the sister has fled. There are accusations that the sister helped the suspect to clean up the blood.

Olusoji was said to have also fled the town immediately after committing the crime.

Another source in the family said, "When the family members got into the room, they noticed the remnants of bloodstains that were hurriedly cleaned on the floor of the room.

“They also found out that bloodstains that were supposed to be on the deceased’s body had been carefully cleaned and his corpse was wrapped in a big cloth.

The source added that the family immediately consulted the oracle to expose the killer but the suspect who had earlier allegedly fled the town showed up and confessed to the crime. He was later handed over to the police.

Olusoji has been detained at the State CID for further investigation.
on January 07, 2017
Email ThisBlogThis!Share to TwitterShare to FacebookShare to Pinterest
Labels: Unilag