Brazilian booty queen, Erika Canela, who is currently the 2016 Miss Bumbum, has been captured on camera getting Donald Trump's face tattooed on her back. 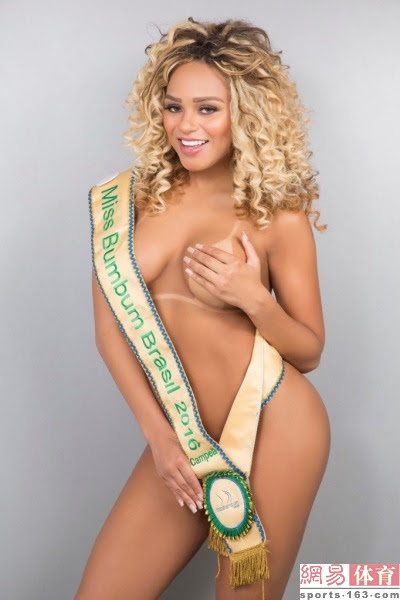 Miss Bum Bum Brazil
Miss Bumbum Brazil 2016, Erika Canela, has shared photos of herself getting US President President-elect, Donald Trump's face tattooed on her back, to the shock of her fans. 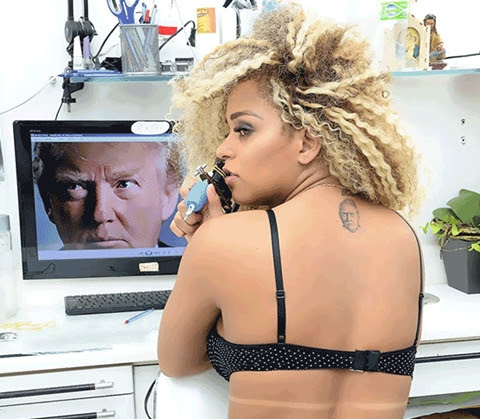 Explaining why she did it, the Brazilian booty queen, Erika said;

“I’m a big fan of his. People say ‘you are crazy’, but a lot of people liked it too. I think it’s different, I love it! He is the perfect man, he has built an empire and is pre-destined for greatness. He doesn’t drink, he says what he thinks, and those are qualities I admire. I thought it would be fun to get the tattoo.”
See the photos below; 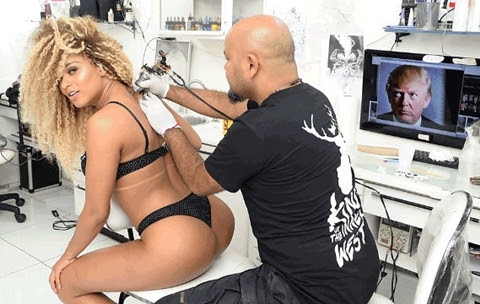